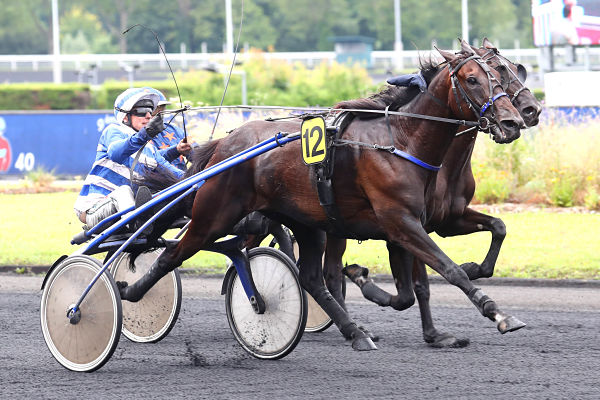 GNT Final at VIncennes on SUnday

They are all there! The ambitious for the grand-circuit win like Cleangame (Ouragan de Celland) of course, only to rebate 50m, but also Elvis du Vallon (Rêve de Belvev) or Éclat de Gloire (Tiégo d'Étang). Those who aim for the general classification are also there: Deganawidah (Kaisy Dream) and Crack Money (Singalo). Their respective trainers Stéphane Provoost and Patrick Terry are in their ranking and can each count on a second asset to accumulate points: Bad Julry (Prince Gédé) for the first and Eddy du Vivier (Un Mec d'Héripré) for his rival. The card is therefore complete with eighteen trotters competing, this Sunday at Vincenes

The Prix Vourasie (Gr.3) and Prix Timoko (Gr.3) put forward the entry of the best 2-year-olds into Vincennes' winter meeting. The two events are on Saturday's card. The Prix Vourasie gathers the first leading fillies with Jet Set Bond (Prodigious), Jazzy Perrine (Django Riff) and Justine Vive (Charly du Noyer). But new applicants will also be at the rendez-vous including the undefeated and impressive Just Love You (Love You). In the Prix Timoko, open to 2-yo. colts and geldings, Just A Gigolo (Boccador de Simm), four wins in four attempts, finds Joyner Sport (Dollar Macker) but he will also have to deal with the rising colt Jourdam Seven (Bird Parker).

When Idéale du Chêne (Bird Parker) rose to the level of Ici c'Est Paris (Dollar Macker) at the intersection of the two tracks, the event entered another dimension. The duo escaped from the others to never leave the rest of them until the final line. Shortly beaten but brave as hell, the filly was greeted by her jockey Paul Ploquin: "The crazy thing is that you can never overtake him." For David Thomain, on the saddle on the winner, victory came without triumph: "Idéale du Chêne was very courageous and strong. The good thing is that she picked up a bit of speed." For his part Julien Le Mer, trainer of Idéale du Chêne, noted: "These are the only two shod horses in the race and there is a second gap with the third. These two and the others. The grand final will take place between them in the Prix de Vincennes (Gr.1), on December 26th. A goal in which Indigo du Poret (Dollar Macker) is no longer sure to participate, as he disappointed his mentor Yannick-Alain Briand.

Saturday's Prix Doynel de Saint-Quentin (Gr.2) startlist is now confirmed and has validated a particularly high field with no less than five Group 1 winners in the field: Power (Googoo Gaagaa), Ganay de Banville (Jasmin de Flore) and Galius (Love You) to which we must add Gladys des Plaines (Opus Viervil) and Gala Téjy (Atlas de Joudes), all classic winners under saddle. But it is another candidate who receives even more attention: the star Ampia Mede Sm (Ganymede) in search of a third success during Vincennes' winter meeting. Ampia Mede Sm against Ganay de Banville: a race that could spark. 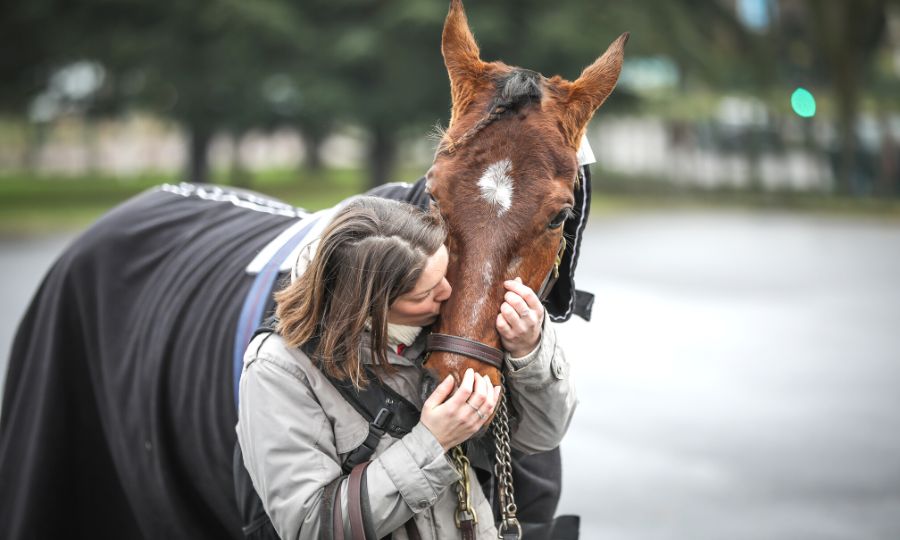